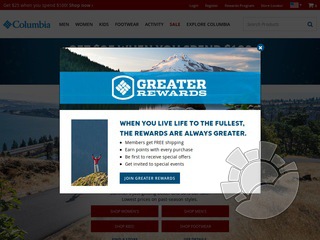 It all started in Portland, Oregon, and now Columbia Sportswear Company has been making gear for Pacific Northwesterners to enjoy the outdoors for more over 70 years. The company is still based in Portland, and still making apparel and footwear to keep you safe and protected no matter what. Gert Boyle has been the chairman for 40 years. Her parents were German nationals who fled Nazi Germany in 1938. They purchased a small hat company when they arrived in Portland and named it Columbia Hat Company. Her husband later took over, and after he died Gert ran the business. Today, her son Tim Boyle is president and CEO. Columbia.com is the company's online store, where you can find all of their items at great prices. Let them cloth you for the outdoors.