There are no Cubavera coupons available at this time. 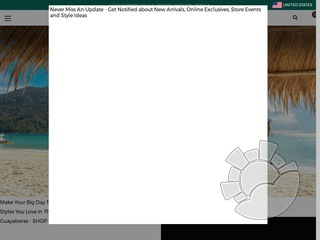 Supreme International with established in 1967, by two brothers: George and Isaac. They started by importing children’s school uniforms from Japan into Puerto Rico. Later they focused on guayaberas, the four pocket embroidered tropical shirt that is popular in Latin culture. George expanded the business to Miami and became the "Guayabera King." By In 1993, Supreme International completed its initial public offering on the NASDAQ stock market. In 1999 with the purchase of the rights to the Perry Ellis trademark, the company changed its name to Perry Ellis International. In 2000 they launched Cubavera. Cubavera.com is where you will find colorful and unique apparel with a relaxed vibe. Shopping for this unique design and style has never been easier.