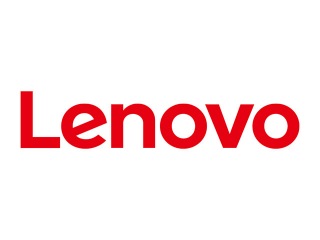 We currently have 13 Lenovo coupons / deals.

Although the Lenovo name may not sound particularly familiar, this reputable company exclusively produces and markets IBM's legendary personal computer line. IBM popularized personal computing in 1981 with the release of the original PC for both home and business users. Today customers can find modern laptop, desktop, handheld and tablet computers and accessories at Lenovo.com.

Mobile users can choose from consumer and small business 3000 series laptops, featuring advanced multimedia features in standard, widescreen, and portable versions. Power and business users will find the venerable Thinkpad line—which is available in numerous sizes, including a convertible tablet model with handwriting recognition—to be revolutionary with their advanced security features, including integrated fingerprint readers, quick system recoveries when software errors strike and an active protection system that protects hard drives when they are accidentally dropped.

ThinkCentre series desktops feature the latest components, including advanced Intel or AMD processors, high-level data security in a small footprint at an affordable price and are backed by an impressive 3-year onsite warranty. 3000 Family J Series desktops offer durable productivity today and easy expansion in the future. Customers can choose from Windows Vista and Linux renditions of most models for maximum versatility.

Customers can accessorize their systems with monitors, memory, printers, carrying cases, projectors and other peripherals. The site also offers a wide range of utility, security, entertainment, graphics and productivity software for home and business users. Most items ship the same day orders are placed.

Most American's hadn't heard of this company until 2005, when they acquired IBM's personal computer business. Some were surprised that International Business Machines was getting out of the PC business, and that it was selling to a Chinese company. During a transition period they continued to use the IBM name, but eventually switched over to use Lenovo. They continue to use old brand names for lines of computers, such as ThinkPad laptops and ThinkCentre desktops.

LenovoEMC is a joint venture with Dell / EMC where they make and sell Iomega brand storage products. Iomega was well known for their popular Zip drives, and these days they offer network storage solutions.