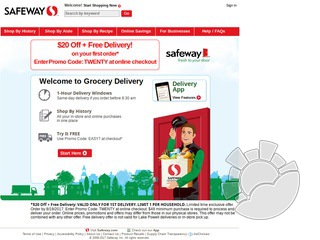 We currently have 3 Vons.com coupons / deals including 1 promo code.

The year was 1906. The place was downtown Los Angeles. This would be a historic time and place for Charles Von der Ahe, who opened his 20-foot wide Groceteria on the corner of 7th and Figueroa with just $1,200 in savings. It was a simple neighborhood store that met the needs of local families, while also pioneering "cash and carry" before others. This formula was a smashing success, so by 1928 Vons had expanded to 87 stores. People could not get enough. Today there are 273 stores that serve millions of Southern Californians and Nevadans. Vons.com applies the same success and winning business formula to their online store, satisfying customers every day and serving them proudly. Their slogan says it all. It's just better!