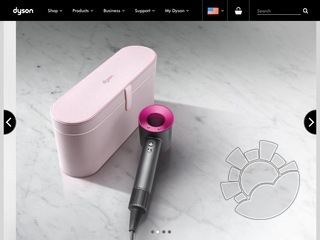 We currently have 1 Dyson coupon / deal.

The story of Dyson is like any good invention story. A problem needs to be fixed and someone in the right place, at the right time, improves people's lives. In 1978, James Dyson was frustrated with his vacuum cleaner’s performance. After taking it apart, he discovered that its bag was clogging with dust, causing suction to drop. That was why performance dropped. He’d recently built an industrial cyclone tower for his factory that separated paint particles from the air using centrifugal force. But could the same principle work in a vacuum cleaner? He was about to find out. Five years and 5,127 prototypes later, he had invented the world’s first bagless vacuum cleaner. The rest, as they say, is history. Today Dyson machines can be found in 65 countries around the world. And the world looks forward to more inventions and more innovation.