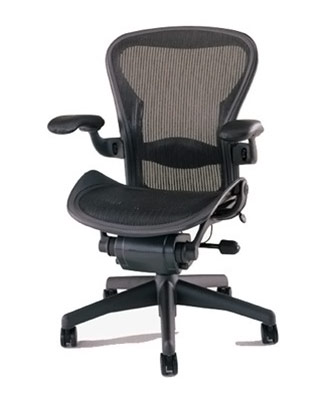 In 1994, Herman Miller, Inc., a world leader in business and office furniture, introduced the Aeron ergonomic office chair. This chair, which featured a semi-transparent mesh seat and back, quickly became the darling of the dot.com set, and was touted as the most comfortable office chair in the world. Although this chair has been in production for over a decade, it is still considered an industry leader.

Herman Miller, Inc., which was founded in 1923, has a long, proud history of innovative design and has long been regarded as an industry leader in the office furniture market. Ironically, the company started in business manufacturing bedroom furniture, and didn’t get into the office furniture business until the early 1940s. From the start, however, Herman Miller was at the cutting edge of design and quickly became the number one name in office furnishings.

The company is credited with designing and developing the first office panel systems, and in 1950 introduced the first molded fiberglass chairs designed by Charles and Ray Eames. In 1968, Herman Miller premiered the Action Office modular system of panels and attaching components, a new concept at the time, but one that had a major impact on the industry.

JW Marriott Hotels & Resorts
AAA Discount
SpyAssociates.com
$20 off Orders Over $249 for Members of the Military.
Use Code: Y0DH71XS1
Appliances Connection
$175 off $16999.99 purchase
Use Code: SAVE175
Home Delivery Incontinent Supplies
$5 off orders $55+.
Use Code: 479BZ2
etnies
Buy a shoe plant a tree, get 10% off
Use Code: ECO
BatteriesOvernight.com
10% off any purchase
Use Code: CJ09
Samsung
Free Shipping sitewide
StayBridge Suites
Book Early and Save Up To 20%
Rodeway Inn
15% off all mature travelers 50 and older at Choice Hotels!
JomaShop.com
Extra 30% off Make Up.
Use Code: MKM30